This YAmondAY features another dear friend, YA author Debra Kristi.

I’m honored to be included in Fabio’s new YAMondAY theme. Those who know me might expect me to share  books about immortals, or something set in the paranormal spectrum because of my Immortal Monday Series. To guess that I read and love those kinds of books would be correct. But when Fabio approached me with his book share idea, I felt compelled to take a different route and share some books I’ve shied away from for personal reasons until recently. Today, let’s talk about a few that deal with deep personal and emotional issues. Let’s get real in a hard and ugly way. My picks are as follows:

The Truth About Forever by Sarah Dessen

A beautiful, page turning novel about a young girl trying to hold her life together while coping with the death of her father – a death she watched take place with her very eyes the year prior (I can relate. I was that girl). The young girl, Macy, wants to keep her life in a nice clean order. Narrowing it down to few interactions, that way she has less risk exposure. After all, she’s experienced enough pain and she’s trying to heal. Her unhappiness becomes a problem between her and her boyfriend, resulting in a “break.” Stepping away from her job at the library, Macy runs into the Wish Catering company she recognizes from her mother’s party. They’re hiring and she gets the job. That’s where she meets Wes, and he’s anything but what she expects. She learns that he, too, is on “a break” and lost a parent.  Sarah Dessen says it best: This book is a wonderful “roller coaster of denial, grief, comfort and love as we watch a broken but resilient girl pick up the pieces of her life and fit them back together .”

Before I Fall by Lauren Oliver

What if you had only one day to live and you knew it? What would you do? How far would you go to change your fate? That’s what Samantha Kingston is faced with when she dies on February 12th (Both my father and grandmother died on that date, different years – curious, no?). Samantha was the high school snob. She and her three friends had their pick of anything and everything. When she dies, she finds she gets a second chance at her last day. Actually, she gets seven chances. Lucky number seven! I have to warn you, she’s a teen. When she discovers she can live a day without consequence, she does some things. There is language, heavy drinking and even a hook up with a teacher. Tisk, tisk. I know, I know, you’re saying this has been done. Ground Hogs Day, right? Yes, but here the author addresses the issue of bullying; a topic we can’t discuss enough. She explores the pernicious damage caused by bullying and how some can turn a blind eye to it. The event that takes place is bound to make a lasting impression. And bringing Samantha from an unlikable place in the beginning, adds a nice twist to the perspective.  It’s real.

If I Stay by Gayle Formen

Trapped in limbo – a coma – left with the decision to slip away into death and join your family or carry on in life. This is where seventeen-year-old Mia lies after a disastrous snow day trip with her mother, father and little brother.  Mia experiences an altered state, the ultimate out-of-body experience, and is able to watch the hospital room in which she rests, as well as the people who come and go. She struggles with the choice she must make and her memories help us get to know her family and loving boyfriend who waits for her at her hospital bedside. She can’t conceive going on without the people who have always been there, but if she chooses death, there’s no guarantee she’ll go the same place. Knowing that her parents would want her to go on living, doesn’t make the decision any easier.  If you read this book or already have, I have heard great things about the sequel Where She Went.

Gut wrenching to the core, this book takes a real hard look at the psyche of one who would make the unfortunate choice to end their life. The story follows Clay Jenson when he receives a package of thirteen tapes, each one made by Hannah Baker, a girl who recently committed suicide, and a girl he had a crush on.  The tapes list thirteen reasons for her suicide and the people that lead to the unfortunate event. We learn that, yes, everything does affect everything, and in the end Hannah herself is not innocent in the events that lead up to her final actions. Hannah’s final message: “in the end, everything matters.” 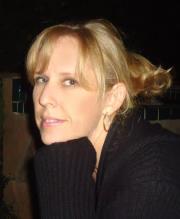 Debra Kristi writes fantasy and paranormal, pulling inspiration from her family, and collection of life experiences. The death of her sister marked the beginning of her career and she hasn’t stopped writing since. She is currently putting the finishing touches on her young adult fantasy trilogy.

Note: this is the new, self-hosted fabiobueno.com website! Links to the old site still work.
However, due to wordpress quirks, you’ll need to sign up for the this site if you’d like to receive updates. Thanks for understanding. On the top right you’ll find two sign up boxes:

I recommend signing up for both so you don’t miss out : )