Karen will be talking about YA series. Take a look at those seriously gorgeous covers!

The only thing better than a Young Adult book is a Young Adult series. Here are three lesser known, but still popular, YA series that I hope you guys enjoy as much as I did!

The Eon duology features Eon and Eona, a pair of books that send you right back to Imperial China (albeit a sort of skewed, half made up version) where custom is king and one wrong look can you’re your death. The main character often has to dance between what he knows is custom and what he knows is right. If you like political and historical books, I’d highly recommend these.

Sixteen-year-old Eon has a dream, and a mission. For years, he’s been studying sword-work and magic, toward one end. He and his master hope that he will be chosen as a Dragoneye-an apprentice to one of the twelve energy dragons of good fortune.

But Eon has a dangerous secret. He is actually Eona, a sixteen-year-old girl who has been masquerading as a twelve-year-old boy. Females are forbidden to use Dragon Magic; if anyone discovers she has been hiding in plain sight, her death is assured.

When Eon’s secret threatens to come to light, she and her allies are plunged into grave danger and a deadly struggle for the Imperial throne. Eon must find the strength and inner power to battle those who want to take her magic…and her life.

Everyone knows who Merlin became, but do you know who Merlin was? This five part series follows him as he grows from boyhood and into manhood. He makes friends – and enemies – and travels across a strange and wonderful island full of more mystery than his own unknown past. I’d recommend this book to children and adults alike, as the themes and morals speak to all generations. This series is one of my all-time favorites, and the covers of the books can attest to that!

Washed up on the shores of ancient Wales, the boy had no home, no memory, and no name….

He was determined to find all three.

Under the wing of the mysterious Branwen, the nameless boy learns the lore of such ancient peoples as the Celts and the Druids. But to discover his identity – and the secret of his own powers – he must escape to the endangered, magical isle of Fincayra. With this land’s inhabitants to guide him, the boy will learn that Fincayra’s fate and his own quest are strangely entertwined….

He is destined to become the greatest wizard of all time.

History will name him Merlin…

The Great Tree of Avalon by T.A. Barron

Yes, yes, Barron is on here twice. But he’s one of my favorite writers. So few authors can write a second series that is both related to and different from the first one that you fell in love with. This three part series takes place in a different world and in a different time, yet it is unquestionably tied to the first set of books. While you don’t need to read anything from the Lost Years of Merlin series, it will be so much more rewarding if you do.

Long ago the great wizard Merlin planted the seed that would become the peaceful world of Avalon.

Now, the enchanted land is in peril, and its fate lies in the hands of three people-but only one of them is Merlin’s heir who can save Avalon, while the others are destined to destroy it. 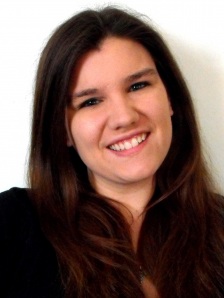 Karen is a fantasy writer from New York – no, not the city. She spends her days working at a job she loves, selling antiques and collectibles online. But at night she transforms into the Midnight Novelist. She enjoys creating stories about everything from frolicking faeries to gruesome mass murderers. You can find her at her blog, writing about TV, movies, music, art, and just about anything she finds interesting. Comments, discussions, and the sharing of stories are always welcome.

In addition to her day job (and her not-so-secret identity as a writer), she also works for Hypable.com. It’s a website that touts the slogan “for fans, by fans,” where she copyedits, reports news about Teen Wolf, writes a column, and is featured on a podcast about Once Upon a Time. There’s quite literally something for everyone, and her only word of warning is that it can cause sleeplessness and addictive behavior.

Note: this is the new, self-hosted fabiobueno.com website! Links to the old site still work.
However, due to wordpress quirks, you’ll need to sign up for the this site if you’d like to receive updates. Thanks for understanding. On the top right you’ll find two sign up boxes:

I recommend signing up for both so you don’t miss out : )

Do you have a favorite Young Adult fantasy series? I love “The Golden Compass” trilogy! Please share your recommendations.